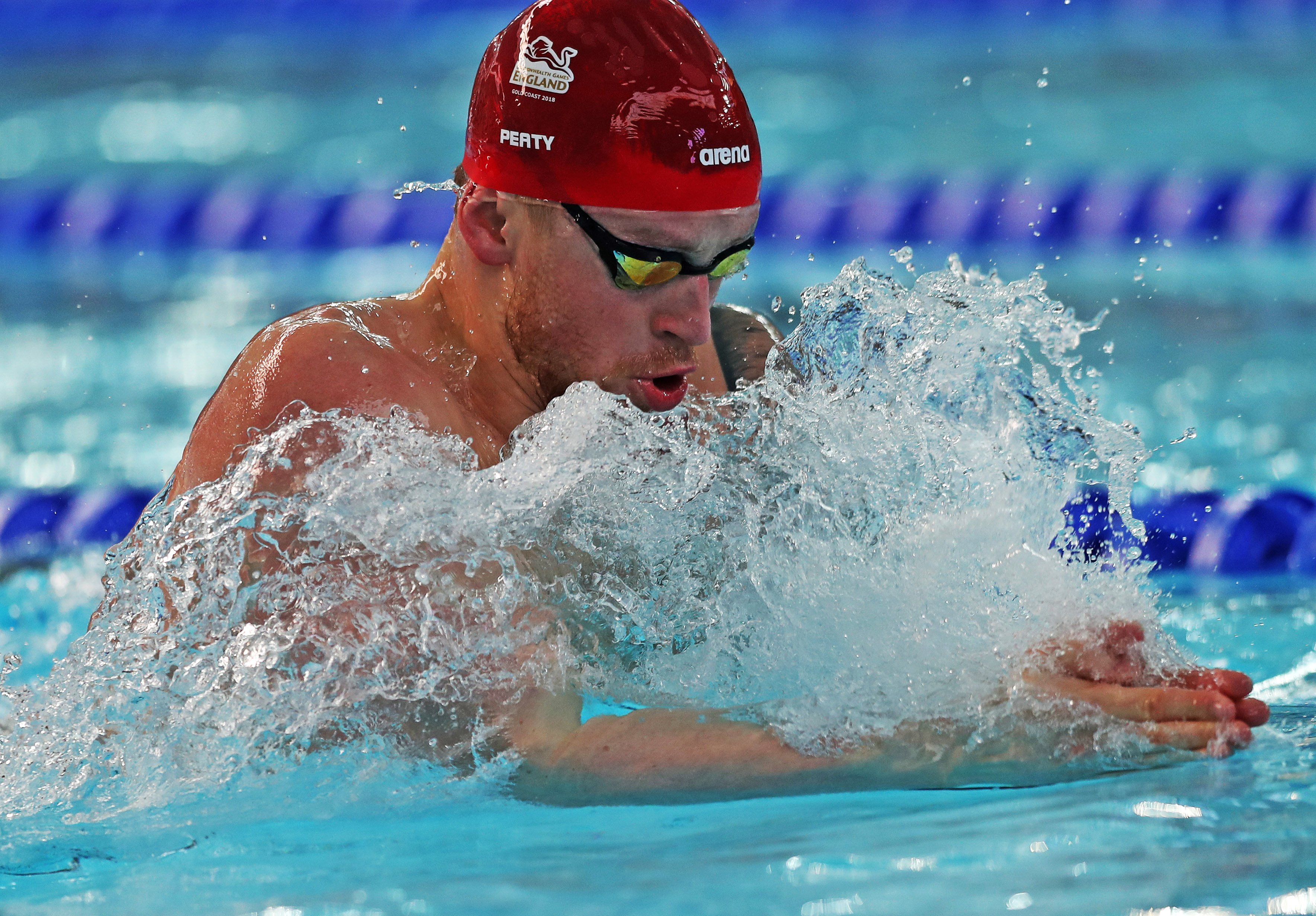 Peaty, who has always dominated this race, had to fight to defend his title. It wasn’t won with the ease that we have come to expect from Peaty, and it was a nervy few moments going into the final 25m of the race with Van De Burgh and his teammate James Wilby pushing Peaty hard.

And yet he still won by half a second. This race was never going to be his fastest as he has prioritised over events but even Peaty wouldn’t have expected Van De Burgh and Wilby to challenge like they did.

For a man who has always struggled to start quickly, it was decent from Peaty with him only a quarter of a body length behind Van De Burgh at the 25m. But by the end of the first 50m, Peaty was already 0.29 seconds ahead of Van De Burgh.

James Wilby in the lane next to him found some extra energy from somewhere in the final 25m to come from behind Van De Burgh to just snatch the silver medal by 0.01 seconds. It was remarkable.

Priortising the European Championships – taking place later on in the year – Peaty aimed to swim times close to his records. It wasn’t won as easily as he would have liked, but it is another medal to add to his monumental haul. Peaty felt it important not to peak to early, preferring to save his best performances for the bigger sporting events like the World Championships and the Olympics.

His qualifying time was actually quicker than the one he swam in the final. He won it with ease finishing the quickest by more than a second in the semi-finals and set a new Commonwealth Games record at 58.59 seconds. Australia have been in full control in the pool so far in the Commonwealth games winning 14 more medals than England in second. But even the Aussies couldn’t stop the spectacular Peaty.

In the build-up to this race, Peaty has been dubbed the “Usain Bolt” of Swimming and it’s no surprise why. He is by far the most dominant male swimmer in the world currently. He has set a target to win over 50 medals. This was his 27th major tournament medal and he’s only 23. In an interview with the BBC, Peaty said:

“It’s my third time this season swimming long course. It was all about the race tonight, it’s not about time and thankfully that’s four years undefeated.

I’ve ticked everything I wanted to do tonight.”

There has been much talk about “Project 56”, with Peaty aiming to be the first person to swim under 56 seconds in the 100m breaststroke. Peaty said:

But that target is unlikely to be smashed just yet with no serious contender offering a threat to Peaty’s titles. When he dives into the pool, he is concentrating on beating his own records rather than his opponent. That is how good he is. The ten fastest times in the history of the 100m breaststroke have all been set by him.

Peaty hasn’t been beaten since 2014, and that is down to the hard work that he puts in. His diet consists of 8,000 calories a day and many in the sport speak of his competitiveness even of the insignificant things. It is this hunger that has got him where he is today.

It was nowhere near PB… but you know you just enjoy it.” Peaty said.

Peaty will continue to dominate this event for many years to come. In the 2014 Commonwealth Games he was just starting out, winning the event with a time of 59.47 seconds. In the space of just two years, he had beaten his Commonwealth winning time by more than two seconds. Peaty is well on his way to replicating that form for the 2020 Olympics in Tokyo.