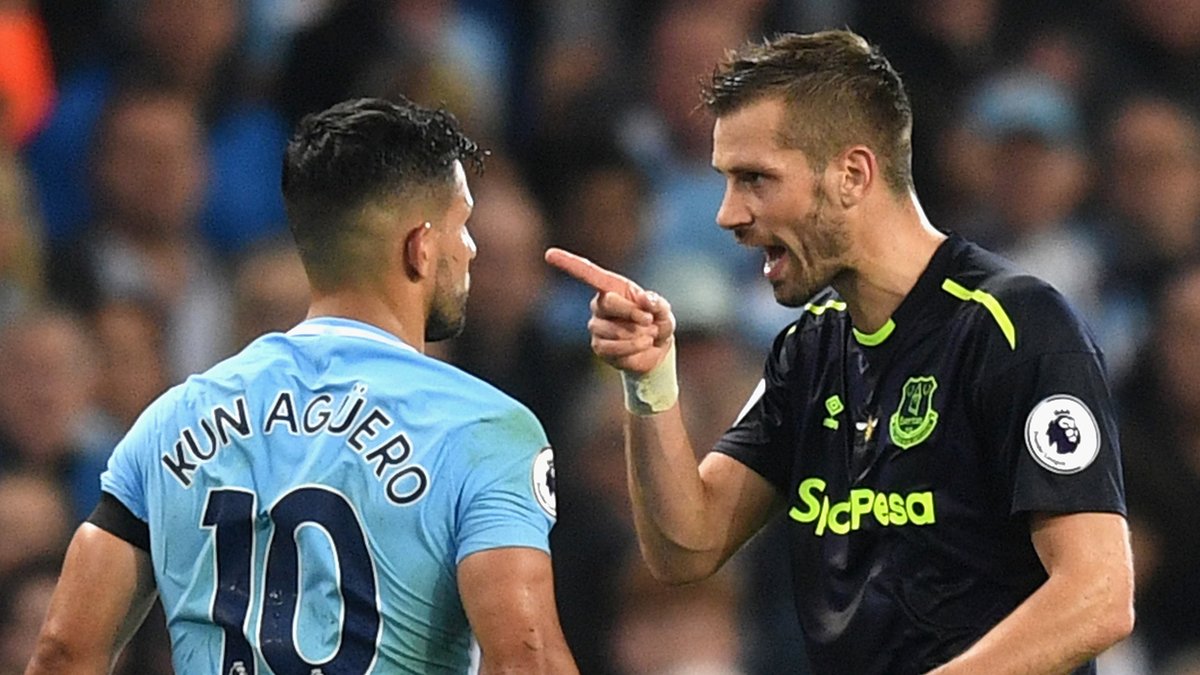 Manchester City boast a roster of deadly attacking players which would leave any defence nervous at the prospect of playing against them. Guardiola has also spent more than any other team on bolstering his defence which has resulted in them being made the Premier League favourites. Tonight they were up against a youthful Everton team which consisted of eight English players. Their stellar signings, Davy Klaasssen and Gylfi Sigurdsson were left on the bench. But Ronald Koeman’s soldiers were more than a match for Manchester City tonight.

The effervescent City front four had Everton on the ropes for most periods of the game, but as they approached the final third of the pitch, City were stuck for ideas. They had an abundance of options, but none of them came off, if anything, they had too many choices. De Bruyne and David Silva, who seem to run rings around every team they face, were disarmed to maximum effect by the patrolling Idrissa Geuye and Morgan Schneiderlin who shielded the three centre backs and were solid all game.

City’s wave of attacks didn’t seem to stop – and the stats proved it. They had 19 shots on goal, but for a team of their quality, they have to get more than six shots on target, and find the net. Shots were blocked, hit wide, and rattled the post as City grew ever more frustrated. But despite being under sustained pressure, Everton were disciplined, kept to their game plan – which was expertly executed – and were switched on at all times to prevent City from advancing.

As City threw men forward, it was Everton who took the lead after Schneiderlin picked up the ball from the defence and floated a lofted ball towards Calvert-Lewin. It was Sane who was in his way, who aimlessly attempted to pass back to his goalkeeper, but Holgate was alert to it and nabbed the ball and straight away set Calvert-Lewin free down the wing. He skipped past the City defence and showed expert vision to play in Wayne Rooney, who was unmarked after John Stones was caught ball watching, Rooney then whacked it into the back of the net after it took a deflection by Ederson.

Calvert-Lewin – who was part of the England U20 team that won the World Cup in the summer – was put up front on his own, with little support, but he caused the newly-formed City defence lots of problems. When other teams have attempted this formation, strikers have found themselves isolated, but this couldn’t have been further from the truth for Calvert-Lewin.

City’s night was made worse when Kyle Walker was sent off for a second bookable offence after he backed into Calvert-Lewin who fell to the ground perhaps over-zealously. Guardiola had to respond, and he brought on Raheem Sterling in place of Gabriel Jesus. They continued to dominate possession and advance forward but crosses from Danilo were misplaced and shots from Sterling were aimlessly wide. Then Sterling, 25 yards out, had acres of space to run into, decided to shoot, but the shot was wide of the mark which brought a huge grunt which reverberated around the ground. Sterling then had a golden opportunity after great one-touch football from Aguero and Silva, but again, it was wide.

But Sterling silenced his critics after a shocking headed clearance from Mason Holgate – who had been solid all game – fell to the patch of the unmarked Sterling. This time he buried it into the bottom left corner, which left with Jordan Pickford with no chance of saving it. It was a schoolboy error from Holgate, but that is the risk you take with playing inexperienced players who are still learning the game. The goal spurred City on with Aguero going forward and they would have been 2-1 up if it hadn’t been for the acrobatic clearance from Davy Klaassen. They were helped out by Bobby Madley after he sent off Schneiderlin for a second booking. It looked like an awful decision after the replays showed he won the ball, but his job was not made easy by the shocking play acting of Aguero, who went down as if he had been shot. City kept coming, but time had ran out.

Ronald Koeman will be pleased to take a point from the Etihad, and it is surely two points dropped from City and advantage Manchester United in the title race.

Man of the Match – Idrissa Gueye