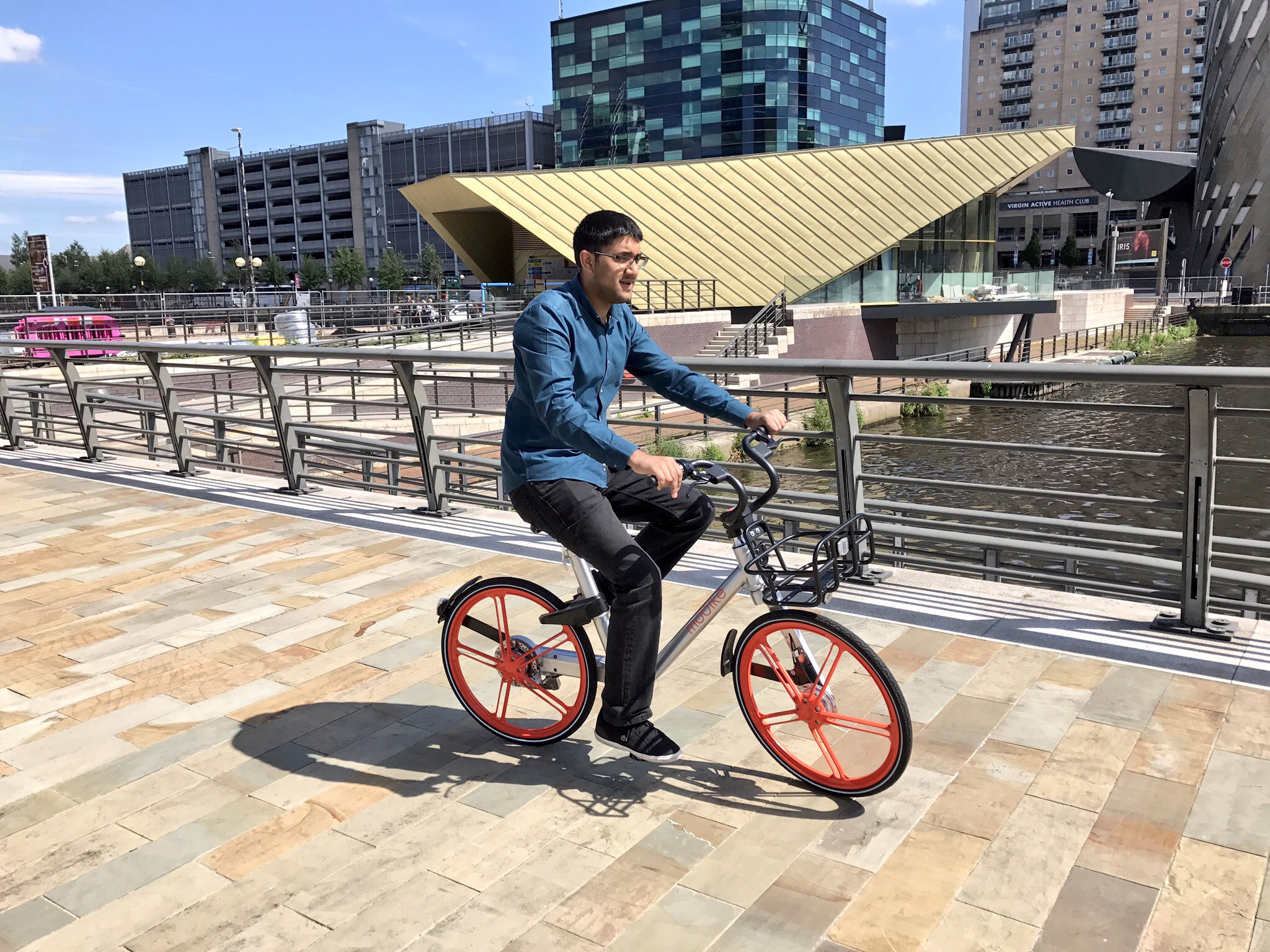 Mobike, the world’s smartest bike-hire company has launched in Greater Manchester! Around a thousand bikes have been placed in lots of locations across Manchester and Salford and all you have to do is download the Mobike app to get cycling!

The bikes can be found near major train stations (Piccadilly, Victoria, Salford Central), busy areas (Oxford Road, Deansgate), and near to food, retail, leisure, and entertainment venues (Northern Quarter, Great Northern Warehouse, Piccadilly Gardens, amongst others). You can also get a Mobike in Media City, Salford Quays.

MAP: Where to find a Mobike in Greater Manchester

The Mobikes come in an iconic silver and orange look

HOW DO I GET A MOBIKE?

Step 1: Downloading the App and Signing Up

Download the Mobike app in the App Store or on Google Play and create an account using your mobile number. Receive and enter the verification code and make your one off (fully refundable) deposit.

Step 2: Locating a Mobike Near You

Open the Mobike app and check the map for the closest Mobike icon. You can reserve any Mobike for up to 15 minutes by simply selecting the bike and pressing “reserve.”

Open your app and press the “unlock” button at the bottom of the home screen. Scan the QR code displayed between the handlebars and the rear end of the bike. Once successfully scanned, the lock will automatically unlock and you may begin your journey.

Step 4: Parking and Locking the Mobike

Once you have arrived at your destination, safely park your Mobike at any public bicycle parking location and manually lock the bike by closing the lever on the smart lock. Once locked, the app will automatically end your journey.

HOW MUCH DO THEY COST?

The deposit for the bikes is £49 and fully refundable. For the special month of July, Mobike will offer a discounted £29 deposit to users. Usage is charged at 50p per 30mins.