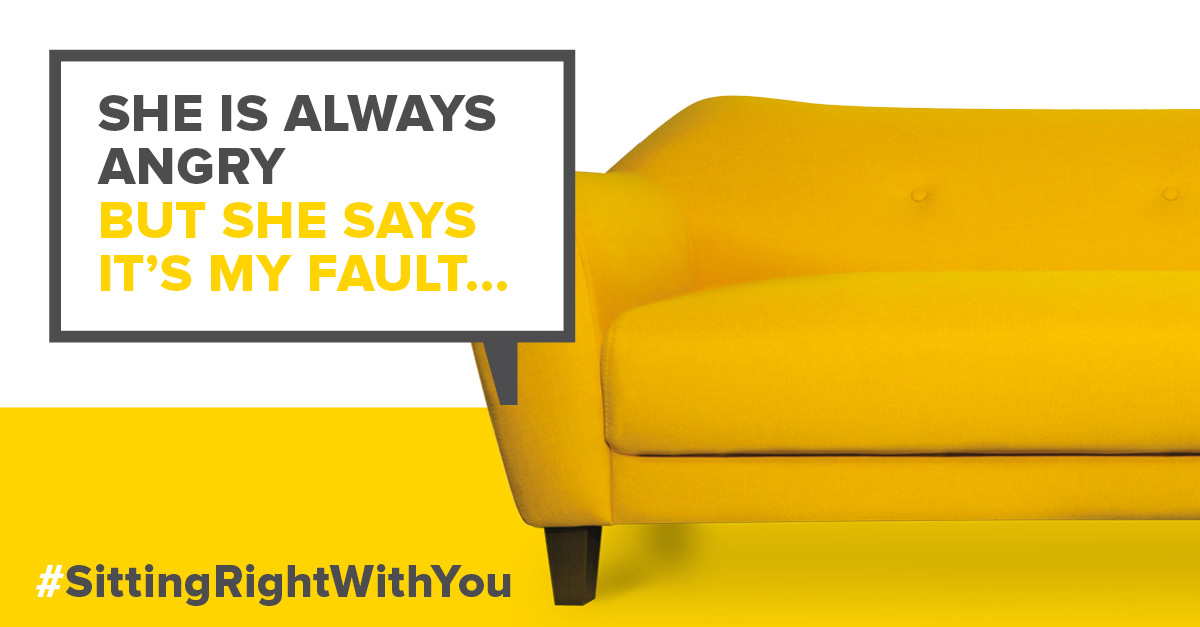 Young Greater Mancunians are being encouraged to get comfortable about discussing domestic abuse thanks to an awareness campaign which is set to tour schools and youth centres across the region.

Initially launched in 2016, the ‘Sitting Right With You’ campaign features a bold yellow sofa and messages challenging young peoples’ thoughts about what domestic abuse is. It also aims to encourage anyone who has experienced domestic abuse to take that first brave step and ask for help.

Two years later, the campaign and the sofa are on tour visiting schools and youth groups to create discussions amongst young people about the issue and what a healthy relationship looks like. Discussion points include reflecting on statements such as; ‘he doesn’t like me using social media’, ‘she doesn’t like me spending time with my friends anymore’ and ‘I get caught in the middle at home, I wish I could talk to someone’. It is hoped that young people will understand that domestic abuse doesn’t only include physical violence – it can also be controlling what someone wears, their money, where they go and who they talk to.

Speaking to the Deputy Mayor of Greater Manchester about the campaign, Bev Hughes said: “When people think of domestic abuse, they imagine a kick or a punch, but often it’s more complicated than that. The Sitting Right With You campaign has challenged these perceptions. Now, by taking the yellow sofa into our schools, we can educate young people about what domestic abuse is, talk to them about healthy relationships, and encourage them to get comfortable talking about these difficult issues with their families and friends.”

For more information about the campaign, check out their website or engage in the conversation using #SittingRightWithYou

If you or someone you know has been affected by domestic abuse, you can contact the Greater Manchester domestic abuse helpline for support on 0161 636 7525.

6 Ways To Make The Most Of The Summer
NEW MAG: Issue 17 is here!