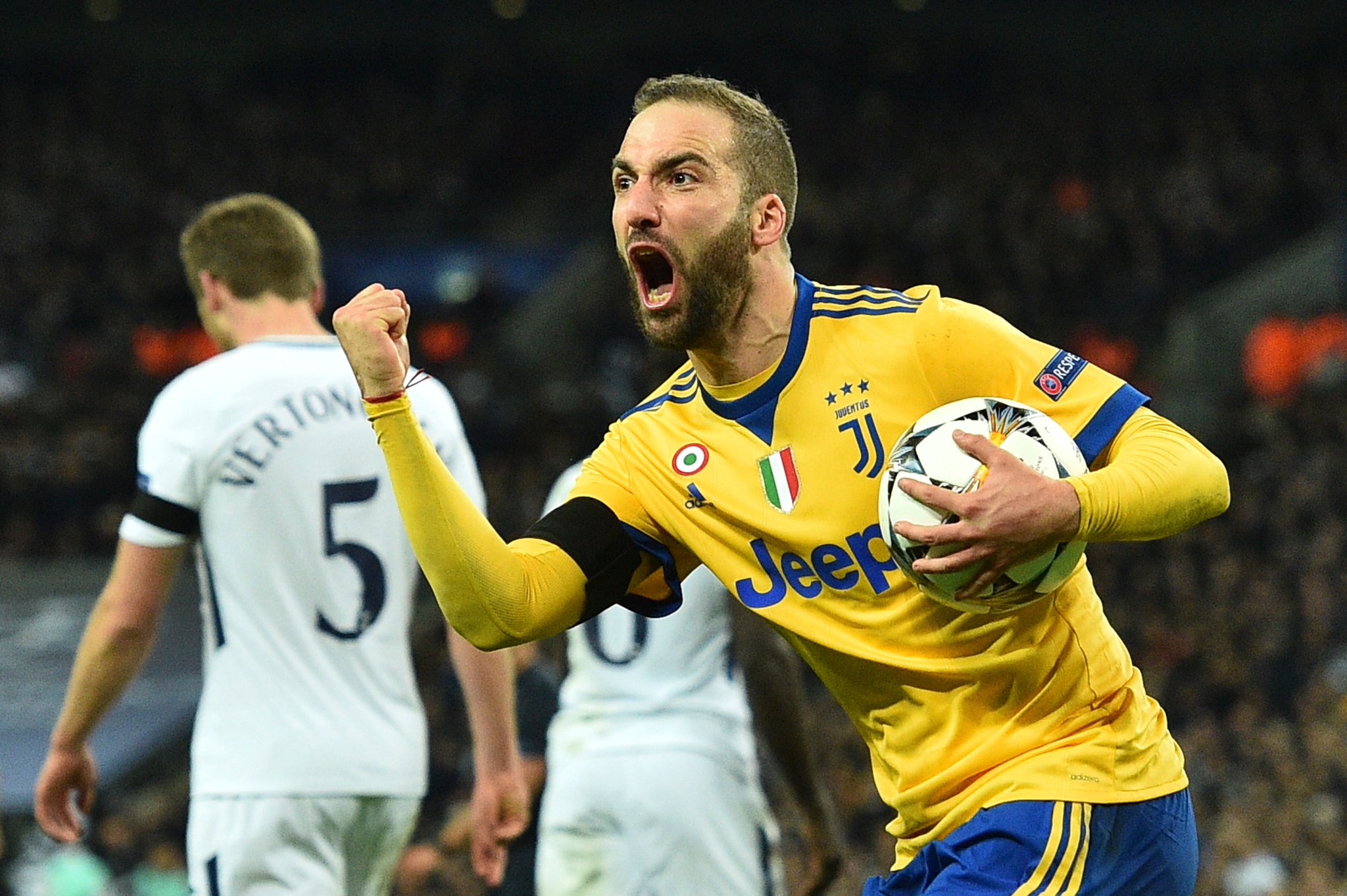 Son sat on the turf at the final whistle dumbfounded as to how his side had lost the game after such a frenetic attacking first half performance for his team. Tottenham put everything they had into this performance but they still ended up on the losing side.

Tonight’s game came down to a tactical change by Massimiliano Allegri. On the hour, realising Juventus were being beaten in every position of the pitch, he produced some tactical brilliance.

The massive gaps in Juventus’ defence had disappeared, Higuain and Dybala were suddenly back into the game and Tottenham were knocked for six. In the space of five minutes, a brilliant performance was turned on its head as Higuain and Dybala ran riot turning Spurs’ 1-0 lead into a 2-1 loss.

Kane was nearly the hero for the second time after his header was cleared off the line late on, but after Spurs provided the heroics in the first leg, it proved too much to reproduce.

It was heartbreaking for Tottenham who had been very positive and perhaps didn’t deserve to lose. But these games separate the greats from the good and with two Champions League final appearances  in the last three years, Juventus had the experience to overcome Spurs.

It was all going to plan at the start of the game and Pochettino wasn’t lying when he said his side were going to attack from the start. They set off like a house on fire. Kane’s dynamic runs dragged the Juventus defenders out of position and his strength in holding up the ball allowed Eriksen, Alli et al to support him up front.

For a team who prides themselves on strong defences, it was questionable from Juventus – they haven’t conceded a goal in Serie A since December. But you wouldn’t know it watching this game in the first half. Kane had got in behind Chiellini on a number of occasions before the tactical change.

Harry Kane and Son on the right were at the forefront of Tottenham’s attacks. It started after his hold-up play played in Son whose dazzling run saw him ease past Barzagli but Buffon made a strong save.

Then Eriksen found himself in space and running towards the goal, he played it to Kane who skipped past Chiellini’s challenge and just before he was about to shoot, Alex Sandro got in the way.

Juventus hardly had a moments rest in the whole first half as Spurs piled on the pressure. Kane had beaten Chiellini again. This time he was outmuscled. Buffon came rushing off his goal to close down the space, but Kane had rounded him. However from a tight angle, Kane could only find the side netting.

Son was on fire on the wing with his twisting runs which put fear into the Juventus defenders who seemed unable to handle his pace and dynamism. On a few occasions he was through but was denied by the goalkeeper. But his and Spurs persistence paid off.

The Juventus back three had left them exposed on the wings and as Eriksen was played in he had an option to his near right where Trippier was in lots of space and Son to his left who also was wide open. Eriksen opted to play it forward to Alli whose shot was blocked. Relief for Juventus. Or so they thought. Trippier was still free and his low-drilled ball across the box found Son who kicked the ball into the turf. After Tottenham’s incessant pressure, their luck was finally in. Despite completely miss-hitting the shot, it edged into the back of the net as Wembley erupted.

Juventus may have felt unfortunate to be a goal down after a miss-timed Vertonghen challenge brought down Douglas Costa in the area. The extra official was stood right in front of it and how he missed it was a mystery. It was clumsy from the Belgian defender who had been beaten for pace but Tottenham deserved the lead after their non-stop attacks. And Barzagli was lucky still to be on the pitch after he stomped on Son from an aerial challenge.

In the second half, Juventus belatedly reverted to a back four with Lichsteiner and Asamoah replacing Benatia and Matuidi. They instantly looked much more comfortable in possession and had Spurs on the ropes.

Right away Lichsteiner made an impact. On the right he crossed the ball into the free Khedira who headed towards goal, but it was going wide until Higuain got on the end of the header and directed it into the back of the net.

Moments later, it was Higuain again. He held up the ball and drew out Sanchez which left the gap for Dybala to have a free run on goal, it was put on a plate for him and he didn’t waste the opportunity. He fired the ball into the back of the net much to Tottenham’s dismay.

After dominating the whole first half, Tottenham looked stunned. One tactical change had turned the game on its head. Higuain and Dybala who had been starved of opportunities for the whole first half had now became the stars of the show. It was remarkable how quickly the game turned.

Tottenham threw on Lamela in search of a goal but could not match their first half performance. They had a chance when Son crossed to Kane who would have scored if it hadn’t been for Chiellini’s last-ditch challenge who looked a lot more comfortable in the back-four formation.

In further desperation, Llorente was put on the field, but to no avail. Pochettino had been out-thought. When Allegri had to produce a rabbit out of a hat, he duly did so. But when it came to Pochettino’s turn the magic had run out.

Tottenham can be proud of their performance but still fall short against the top teams in football.