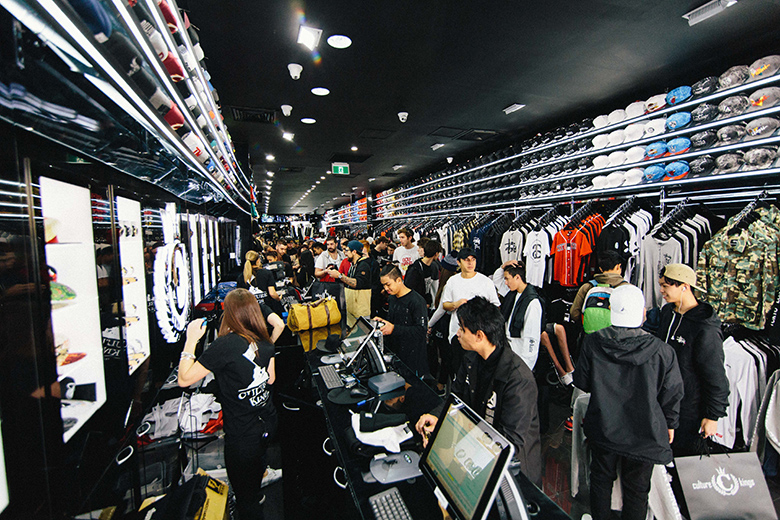 In the eyes of many people, Streetwear is an art. A way that the youth used to express themselves.This was in a time where being different wasn’t as accepted as it is today. A variety of music genres inspired the pioneers of this mass movement and they usually wore printed t-shirts e.g. old band t-shirts. These were usually combined with layering pieces such as oversized hoodies or jackets. Classic shoes like Vans or Stan Smith’s were a fan favourite.

At the time, Streetwear was heavily influenced by skate culture. Brands like Carhartt and Stussi blew up, becoming more popular. When I came across streetwear for the first time it was perfect for me because growing up in the Asian culture, we weren’t supposed to express ourselves. Streetwear can be anything. From distressed denim to printed t-shirts. That’s what makes it so popular amongst the average joe because it is ‘everyday’ clothing.
However, in the present day, it is a global movement. Due to endorsement by the likes of Kanye West and A$AP Rocky who signed collaboration deals with Adidas and Guess. The first nail in the mainstream coffin came when Kanye released the Yeezy 350 Boost. This became the cornerstone shoe in streetwear because it has a futuristic silhouette and because of its exclusivity.

Now with more celebrity endorsement deals with brands like Adidas and Nike, the term streetwear is thrown about all the time. I think it takes away the true meaning of it.

It was once used by a minority as a way of expression, now it’s a label. To quote the great Bobby Hundreds, ‘Streetwear is about culture. It’s not about clothing.’

Celebrities that went to school together
XXXTENTACION’S 17 IS THE BEST ALBUM OF THE YEAR!