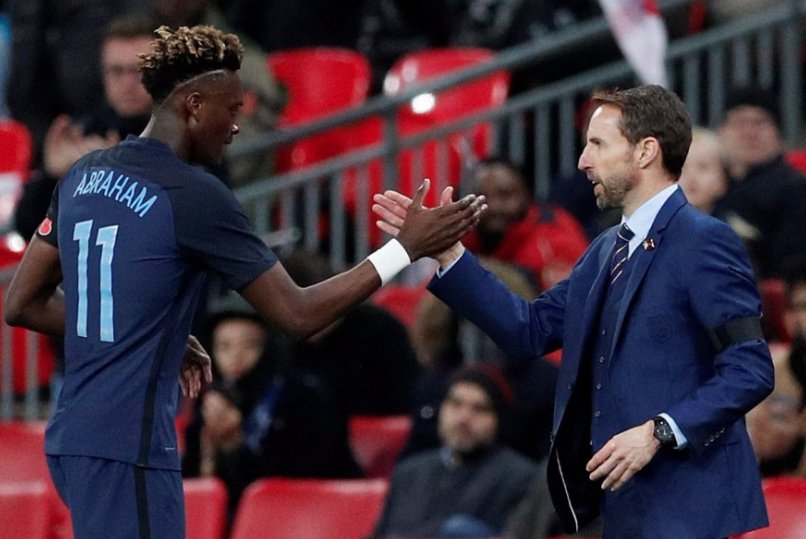 Despite fielding the most inexperienced England team since 1976, they were more than a match for the current World Champions, Germany. England nearly won in the dying embers of the game when a free-kick was headed back into the area by Maguire, as the ball dropped, it was Jesse Lingard – who had just come on – who fired the loose ball towards goal, but he had little time to compose himself, and the ball flew over the bar.

Several players, including Tammy Abraham and Loftus-Cheek who had come through the England youth teams, were given their chance in a bold move by Gareth Southgate, albeit one that he was arguably forced into after 7 players pulled out citing injury.

England were without the effervescent Alli and the deadly Harry Kane, but their replacements, Loftus-Cheek and Vardy asked Germany plenty of questions, undoubtedly giving Southgate a selection headache. It was Loftus-Cheek who was the most impressive and was at the forefront of many of England’s attacks. His vision and inch-perfect passing combined with his strength proved hard to handle for the German defence. On a couple of occasions he put Vardy through, but ultimately, England were missing their killer instinct.

Southgate insisted on playing the ball out from the back, with the wing-backs bombing forward. And that’s certainly what they did. Trippier, who has been so impressive for Tottenham this season, continued his mesmerising form, producing some dangerous crosses and good runs. But there was no target man.

But this positive play and attacking football did come at a price. The England defence were nearly caught out on a couple of occasions after over-playing the ball, which is always a danger when you so vehemently insist on playing the ball on the floor. At times, it was so easy for Germany to pick England apart and even they didn’t appear to be firing on all cylinders.

Sane went close after he was allowed too much space on the edge of the box, but luckily for England it hit the crossbar. And the gaps in England’s midfield and defence were again exposed after one simple ball allowed Germany in. But Pickford pulled of an expert save. Draxler then had another go, but this time it was Phil Jones heading off the line to keep it 0-0.

England will certainly feel hard done by after ter Stegen was forced to produce a sublime save by lifting the ball off the line over the bar after a fantastic cross, whipped in by Trippier, found Vardy free in the box.

Southgate will be jubilant with how his young stars fared against the current World Champions and as a result will now have more options going into Russia. But England only have a short amount of time before the World Cup to perfect this three-at-the-back formation and to tackle their defensive frailties. Given that these problems have been well-known to the manager since he took over last year, it is unlikely that they will have been eradicated in time for Russia.

Xplode’s Man of the Match – Loftus-Cheek

Concussions: What you need to know
Return of Pogba proves too much for spirited Newcastle